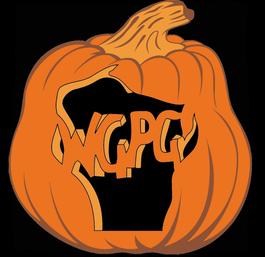 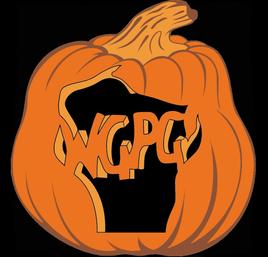 More Details to be announced as date approaches

​Eric's is on right

My name is Eric Miller and I live just south of Sauk City with my wife Danielle and a very energetic two year old son named Luke.  I enjoy traveling, hunting, fishing and cheering on the Packers.  I’ve always kept a little garden and started trying to grow giant pumpkins a few years ago, but only really got serious about devoting some space and time to a pumpkin patch last year.  I started to do a lot of self-study and learned a lot from online research and watching Moby Mike’s YouTube videos.  Last year I did a lot of things wrong and just enough right to grow a personal best 878 lbs pumpkin from a 2015 Ford x self in what many would consider a small 225 sq ft patch.  This year I have expanded my patch and added another, so I have room for two pumpkins and a goal of growing one that breaks 1000 lbs.  I’m a big fan of orange, so I’ve selected the 1528 Montsma and 1785 Ford to grow this season.

​Ken Pierce has been raising registered Polled Herefords on his 230 acres since the late 1960s.
Him and his family strive to produce fault free functional cattle that are some of the best in the world. In 2018 they raised the eventual 2019 National Champion Herford female, and are housing the current Denver National Reserve champion Polled Hereford bull, fed with crops resourced off the family’s Baraboo River bottom land. Ken started his giant pumpkin career last season growing one fruit with the help of his oldest son Jim. He had a very successful season making it to the scale at the Nekoosa Giant Pumpkin Weigh Off with a second place 1590 lb result.  He’s hoping to have another successful year this season.

Take Hatchery Rd 500 yards to the west across bridge

Jim's house & pumpkin plot is first driveway on the right

Jim and his wife Veronica along with their two young children Brooks and James started growing giant pumpkins last season in their back yard just west of Baraboo.  They made it to the Nekoosa Giant Pumpkin Weigh Off with a 1331 lb fourth place finish. Jim was attracted to growing giants when he came across a pumpkin weigh off online and stumbled onto Wisconsin giant pumpkin grower and former multiple time state champ Josiah Brandt's YouTube channel on how to grow. With acquiring more information on growing tips and pumpkin care from other growers who have introduced themselves over the past season, he’s looking forward to seeing what his dirt can produce this season.